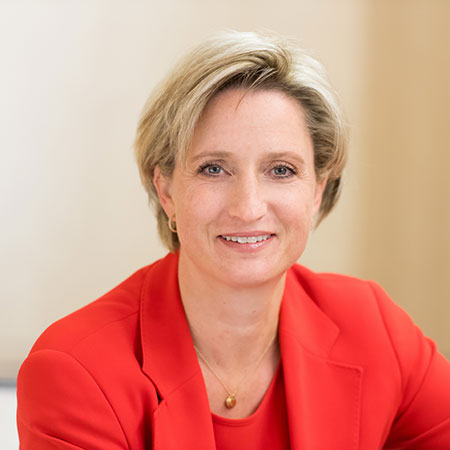 Minister of Economic Affairs, Labour and Tourism of the State of Baden-Württemberg

Dr. Hoffmeister-Kraut started her career in London at the investment bank Morgan Stanley. This was followed by a position as Analyst at Ernst & Young in London and Frankfurt. Since 1998, she has been a partner of the Bizerba SE & Co. KG, with headquarters in Balingen. She was a Member of the Supervisory Board from 2014 until her appointment as Minister in May 2016.

All Sessions by Dr. Nicole Hoffmeister-Kraut