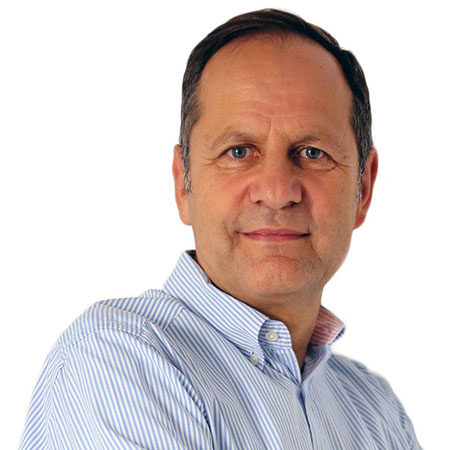 Joël Rubino began his career in 1984 at the IBM research center in Nice. After holding various technical, marketing and sales positions during the first 10 years of his career, in 1997 he joined IBM Software division in New York as Director of worldwide developments on a range of IBM software.
Upon his return from the United States in 2000, he joined the management board of IBM France as Marketing Director.
In 2005 he was appointed Vice President of Marketing Europe, based at IBM Europe headquarters in Madrid.
In 2008 he took over as Vice President of Small Business Sales for Europe.
After 3 decades at IBM, he decided in 2012 to found his own start-up, Apicube, specialized in big data and social media analytics for marketing departments where he was CEO.
In 2016 he co-founded Cartesiam, a company specializing in embedded artificial intelligence “at the edge”, where he held the position of CEO until Cartesiam was acquired by STMicroelectronics In July 2021.
He is now director of Edge AI at STMicroelectronics and strategic advisor for the Edge AI business.

All Sessions by Joel Rubino