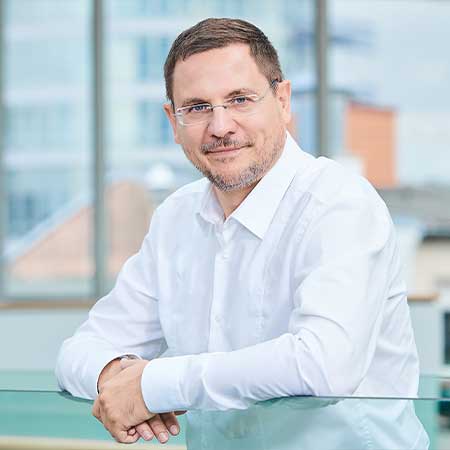 Carsten Kraus is a maverick thinker, inventor, and founder of Omikron Data Quality GmbH. When Atari purchased his first commercial product, they did not know that their new programming language had been created in a teenager’s bedroom.

It was bundled with a total of 700,000 Atari computers, and ran 70 times faster than its predecessor.
Numerous innovations for eCommerce have followed, and in the last three years, he has submitted multiple patents for AI processes.
His motivational input is in high demand at conferences and conventions. As he puts it, „Artificial intelligence will change the world; Europe must catch up. The time is now!“